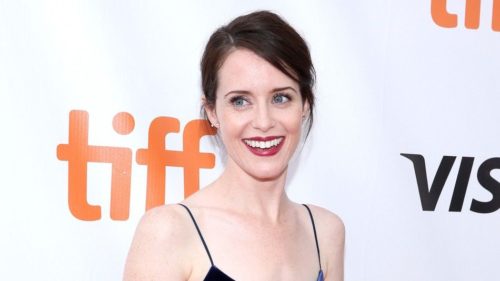 Say hello to your new Lisbeth Salander. Reported on earlier in the year as one of the frontrunners to lead a new sequel/reboot of the Girl With the Dragon Tattoo franchise, Claire Foy has now been officially cast in the coveted role. The 33-year old actress had been a regular in several BBC productions for years and also had minor roles in a few little-seen Hollywood feature films. However, she was catapulted into the limelight last year with her Golden Globe and Screen Actors Guild award-winning lead performance in The Crown, Netflix’s critically lauded drama series about a young Queen Elizabeth II.


Foy has since become a very hot ticket in Hollywood. It’s reported that she even beat out contenders like Oscar winner Alicia Vikander (The Danish Girl, Ex Machina) and Oscar nominee Felicity Jones (The Theory of Everything, Rogue One: A Star Wars Story) for the role of Lisbeth Salander. Foy will become the third actress to play the character on screen. Late Swedish journalist turned author Stieg Larsson created his subversive hacker antihero for his Millenium trilogy of crime books. After the novels became international sensations, a 2009 Swedish-language feature film adaptation of The Girl With the Dragon Tattoo was created starring Noomi Rapace as Lisbeth in her international breakout role and the late Michael Nyqvist as her co-star. Rapace would reprise the character for the subsequent – and admittedly inferior – two sequel adaptations.

The films drew lots of attention though, which prompted Hollywood director David Fincher to create his own English-language remake of The Girl With the Dragon Tattoo in 2011. Rooney Mara was cast as Lisbeth while Daniel Craig took over Nyqvist’s role as journalist Mikael Blomkvist. Just like with Rapace, the intense character of Lisbeth was a breakout role for Mara earning her both an Oscar and Golden Globe nomination. However, despite all the critical praise Mara and the rest of the film earned, Fincher’s plans to direct the following two films back to back never materialized. Screenwriter Steve Zaillian reportedly had difficulties with the adaptation of the second novel The Girl Who Played With Fire, resulting in several delays, and eventually produced a script that was very different to the original novel according to Fincher. The director believed though that the production would still go ahead as Sony had already spent millions on the rights and the script. The first film had made $230 million off a $90 million budget, but Sony had apparently had a very expensive ad campaign resulting in the film’s profit margins being way less than anticipated.


The result of all of this was the sequels stuck in development hell for years. Eventually though it was announced that Sony had scrapped Fincher’s plans and had instead tapped Fede Alvarez – who had broke out with a remake of Evil Dead and had just directed Sony’s smash hit thriller Don’t Breathe – to helm a sequel/reboot based on The Girl in the Spider’s Web. The original 2015 novel is technically the fourth in the Millennium series and was penned by David Lagercrantz after Stieg Larsson’s death. Alvarez co-wrote the script for the adaptation alongside Steven Knight (Locke, Eastern Promises) and Jay Basu (Monsters: Dark Continent, Metal Gear Solid).

The Girl in the Spider’s Web has been scheduled to be released on October 5, 2018. Lagercrantz’s follow-up novel The Girl Who Takes an Eye for an Eye was released last week and it’s been reported that Sony is already kicking off development of a feature film adaptation of this as well.